Winter is the best season to visit Ueno Area!!

★Short days of winter are good for enjoying the breathtaking night view of Ueno Area like below!! 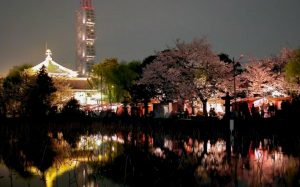 Bentendo-do Temple on the Naka-no-jima islet on the Shinobazu Pond modeled on the Benzaiten Temple on Chikubu Island in Lake Biwa. 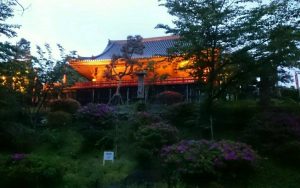 Kiyomizu Kannon-do Temple modeled on the Kiyomizu-dera Temple in Kyoto, which was moved to the current site in 1695, has survived frequent fires and earthquakes since its construction. 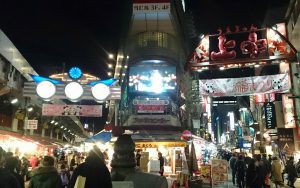 Ameya Yokocho is a maze of bustling shopping streets lined with some 500 shops where you can find anything from foods such as fresh vegetables, fruits, amd marine products, to other consumer items such as footwear, clothes, and brand-name items!! 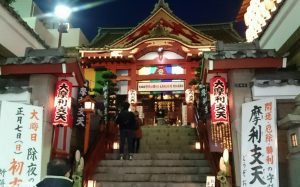 Unexpectedly, Ameya Yokocho has a Temple of Marishiten Tokudai-ji with long history, which is worshipped by the locals!! 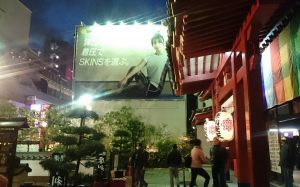 The contrast between the modern view of huge billboards and traditional temple precinct is a must-see!!

★Needless to say, it has many highlights good for viewing during daytime like below!! 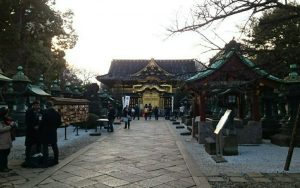 Ueno Toshogu is a shrine of Shinto established in honor of Tokugawa Ieyasu, the founder of the Tokugawa Shogunate in 1627. 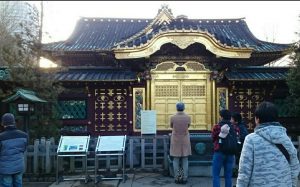 The shrine’s Chinese style gate of “Karamon” built in 1651 has survived wars and great earthquakes!! 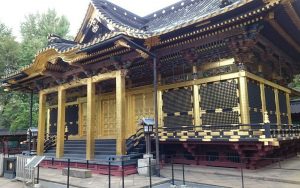 【About Ueno Area】
[Overview]
Ueno district comprised of Ueno Imperial Gift Park and the surrounding areas,just 8 minutes by train from Tokyo station, is now one of the most unique cultural hub in the world, with a concentration of state-of-the-art cultural facilities, historical architectures, and bustling street markets filled with nostalgic air of traditional downtown !!
[History&highlights]
Ueno Imperial Gift Park noted for cherry blossom viewing is located in the former site of Toeizan Kaneiji Temple which was the family temple of successive Tokugawa Shogun who ruled Japan with the Samurai feudal government headed by him.
Additionally,Ueno district once prospered as Temple town of Kaneiji has historic sites related to Tokugawa Shogun such as mausoleum of successive Shogun and Ueno Toshogu shrine dedicated to Tokugawa Ieyasu, the founder of the feudal government.
Moreover, many of sub-temples of Kaneiji were modeled on world famous temples in Kyoto like “Kiyomizu Kannon-do Temple modeled on the Kiyomizu-dera Temple” !!
And also,this area has group of museums including Tokyo National Museum,Japan’s oldest and largest one,and other cultural facilities such as Tokyo University of Fine Arts and Music.
[What to expect]
That’s why, Ueno district will offer you wide variety of cultural experience including shopping on one stop!!
Your thought will be able to go to the eternal history of Japanese culture and glorious days of Samurai feudal era here in Ueno!!

Our Private Tour Guide in Tokyo

If you look for tour guide in Tokyo, please search in our website. We have some private tour guides who has area of specialty and genres. Also, our t…

We renewed our Website on December 18. You can search private tour by tour date,area,guests and book more easily. In addition, you can see customer r…

Today, new tours have been created. One of the two tours is created by Yoshinori and tour title is “Private 1 Day Tour in Tokyo Experiencing Ja…

We have resumed our service today

Tour guide will make your memory in Japan

What do you come to Japan? We think that all tourists have some purpose. For example, ・see a great view ・visit Japanese temples ・eat Japanese food…